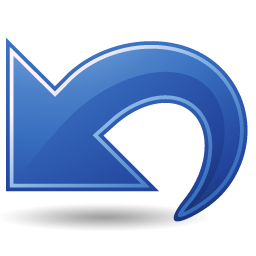 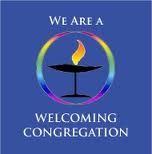 This policy was approved by the Mountain Light UUC Board of Directors on 2011 July 26.

While openness to diversity is one of the prime values held by our congregation and expressed in our denomination's Purposes and Principles, we affirm the belief that our congregation must maintain a secure atmosphere where such openness can exist. Concern for the congregation as a whole must be given priority over the privileges and inclusion of the individual.

The following policy shall guide us in actively and promptly addressing situations in which an individual's behavior threatens the emotional and/or physical security of our members and friends. The privacy/anonymity of the allegedly offensive individual will be maintained to whatever extent is possible given the circumstances. The fellowship will follow all applicable state laws and reporting procedures for child and elder abuse.

Since it is serious business to file a formal complaint against a fellow member, doing so should never be taken lightly. Every attempt should be made to resolve troublesome situations by addressing them directly, with compassion and concern, before resorting to the use of this policy.

When a person's disturbing behavior requires an immediate response, it will be undertaken by a member of the Board, leader of the group, or other member of the congregation involved. This may include asking the offending person or persons to leave or suspending the meeting or activity until it can safely be resumed. If further assistance is required, the Police Department may be called. If the President of the Board is not available he or she should be notified of the incident and actions taken as soon as possible. If the situation warrants further action, the President will appoint an ad hoc committee (as specified below) to make a disciplinary determination.

For situations not requiring an immediate response, the process begins with a written, signed explanation of the disturbing behavior and its impact, from the person or persons who witnessed it, to the President or Vice-President of the Board. The officer will determine whether he/she wishes to handle the situation privately or request the formation of an ad hoc disciplinary committee appointed by the Board of Directors (that committee shall include a Board member and at least two other members of the fellowship) to further investigate the matter. When appropriate and whenever possible, the Committee will inform the person that a complaint has been filed and is being investigated.

The Board Officer or the ad hoc Committee will respond to situations as they arise, using their own judgment, without defining acceptable behavior in advance.

The following questions must be considered by the committee:

The following questions may be considered by the Committee:/p>

The Committee will respond on a case-by-case basis. Mediation by a neutral party is also a possibility. The following levels of response are options the committee can implement:

A member shall be given written notice of intent to suspend or terminate membership, stating the reasons thereof, not less than fifteen (15) days before the effective date of such action, and must be given the opportunity to be heard by the ad hoc disciplinary committee through an oral or written statement not less than five (5) days before the effective date of the action.

Procedure for appealing an Expulsion: In the event a disciplined person has defended him or herself to the ad hoc committee and the expulsion has not been rescinded and the disciplined person wishes to further contest the decision, he or she may avail themselves of the following procedures in the order listed: